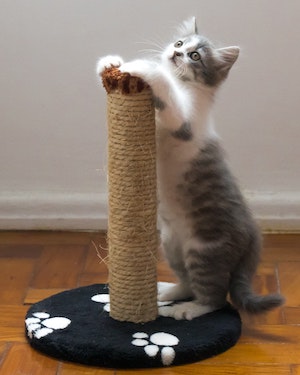 Barbara Ann Lueck, 89, of Kingston, Idaho, passed away peacefully on July 28, 2022 at the Shoshone Medical Center in Kellogg, from complications related to ongoing health issues.

She was born January 23, 1933 in Wallace, Idaho, the only child of Arthur and Annie (LaFon) Anspaugh.  With the exception of her freshman year in high school, when she stayed with an aunt in Weiser to attend school, Barbara was a lifelong resident of the Silver Valley, growing up in Murray and graduating from the Mullan High School in 1950.  She married Fred Lueck in Superior, Montana on September 1, 1951, and moved to Duthie, Idaho where Fred worked as a miner at the jack Waite mine.  Her son David and daughter Carol were born during their time in Duthie.  After the mine closed, they moved to Wallace for a short time before settling in Kingston during the winter of 1960, where they welcomed another daughter Susan in 1962, and Barbara lived until her death.

Barbara was very creative from the way she wrapped Christmas gifts to crocheting afghans and doilies.  Every day of her adult life that she was able, was spent with a crochet needle in her hand, yarn or thread by her side, and squares of patterns nearby, waiting to be assembled into beautiful creations.  Her work on doilies was so flawless it was hard to tell which side was right side up.  Barbara also had a great love of cats, often taking in strays and feeding those who “just came by for a meal”.  She also enjoyed fishing, camping and dancing with her beloved husband.

Upon her request, no services will be held.

The family wishes to express their sincere thanks to Shoshone Medical Center and Hospice of North Idaho for their kindness and wonderful care that was given to Barbara.

The family suggests that memorials may be made to Hospice of North Idaho, 2290 W. Prairie Ave., Coeur d’ Alene, Idaho 83815.

You may share your special memories of Barbara with her family at www.shoshonefuneralservice.com

To send flowers to the family or plant a tree in memory of Barbara Ann Lueck, please visit our floral store.

A Memorial Tree was planted for Barbara

You can still show your support by sending flowers directly to the family, or by planting a memorial tree in the memory of Barbara Ann Lueck