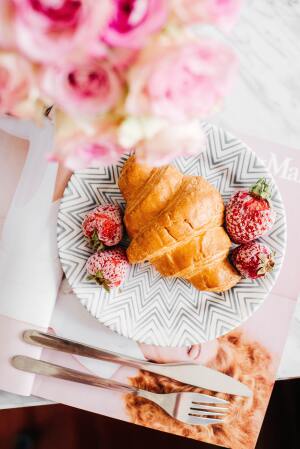 Elsie was a life-long resident of the Wallace area who lived a full life and left the legacy of an adoring family who learned much about life and love from her.

Elsie Johnson was born on February 27, 1927, in Wallace and grew up in Mullan, the oldest of three children. Her father, John, was a miner at the Lucky Friday, Galena and other area mines.  Her mother, Edith, was a homemaker and also worked in the family dairy in Grouse Gulch.

Elsie went through the public schools in Mullan with perfect attendance from kindergarten through high school, graduating as valedictorian of her class in 1945.  She then went on to the University of Washington on a Pepsi-Cola scholarship and graduated with a degree in economics in 1949.  Elsie met her future husband, Richard Magnuson, on July 7, 1947 while working at Hecla Mining Company in Wallace.  She often talked about noticing his brown eyes observing her over his typewriter.

Upon moving to Wallace after Richard graduated from law school in 1951, Elsie worked at different jobs until leaving the workforce to devote herself full-time to her family.  She was a great mother and household manager and was especially proud of arranging to buy their home at 301 Cedar Street in Wallace in 1969.

Elsie was a tremendous cook, and family and friends loved gathering around her table for meals.  She loved golf, bowling and gardening and was involved with different groups in and around Wallace.  She was a member of PEO and Holy Trinity Episcopal Church, played bridge with the same group for over 70 years, participated in a local investment group, and was a member of the Shoshone Golf Club, serving as treasurer for the Shoshone Ladies Golf Association for several years.  Most recently, she was a Trustee of the Wallace Library and Director of its Foundation.

Elsie’s children are deeply grateful to their mother’s friend and long-time helper, Gail Featherstone, as well as her caregivers who provided such attentive and loving support over the past seventeen months—Raisa Fox, Raia Chaka, Alix Fox, Nadia Peskova, and Tetyana Rudenko.

A Celebration of Life for Elsie will be held on October 9th at 2pm at the Wallace Elks Lodge.  In lieu of flowers, the family suggests that contributions can be made in Elsie’s memory to the Wallace Public Library Foundation or the Wallace Flower Project.

Memories of Elsie and messages of condolence may be sent to her family online at www.shoshonefuneralservice.com. Shoshone Funeral Services of Kellogg, ID, is assisting the Magnuson family with arrangements.

To send flowers to the family or plant a tree in memory of Elsie Wilhelmina Magnuson, please visit our floral store.

A Memorial Tree was planted for Elsie