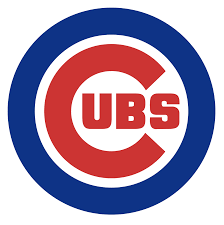 Fredrick "Fred" C. Harris, 77, passed away on September 10, 2022, at home after struggling with Alzheimer’s and Parkinson’s diseases.  He is now resting peacefully in the arms of his Lord and Savior.

Born November 13, 1944, in Bisbee, Arizona, his parents and his 7 brothers and 6 sisters moved to Wallace when he was 10 years old, where he went on to proudly graduate from Wallace High School.  After marrying, Fred spent 22 years with Hecla Mining at the Star Mine in Burke. After the mine closures in the 1980s, he worked for Kellogg School District as a bus driver and for the Ross family at the Valley SuperStops, where he truly loved meeting and interacting with members of the community.  Eventually, Fred returned to mining with the Galena Mine for 8 years, until his retirement.  In retirement he enjoyed working part-time security for Dave Smith Motors, keeping an eye on their many lots throughout town.

Fred enjoyed most sports - as an avid golfer, a lifelong bowler in many area leagues, a rainbow trout fisherman on the mountain rivers, playing softball for many years in local men's league, and watching professional baseball and football.  Much to the exasperation of his wife, he also tried to sneak in WWE wrestling watching on Sunday afternoons after church.  His greatest sports love, however, was always his Chicago Cubs, and he watched as many of their televised games over the years as he could.  Seeing the Cubs finally break the "curse" and win a World Series title in 2016 was a particular thrill for him.

Fred is survived by his immediate family: his beloved wife of 55 years, Virginia Ware Harris and his children: Tony Harris of Chicago, IL, Diana (Johnny) Garcia of Moses Lake, WA, Sherry Harris of Kellogg, ID, Terry (Christina) Harris of Kellogg, ID, and Annelese Harris (Gene Fields) of Osburn, ID.   5 grandsons, 1 granddaughter and 2 great grandsons also brought great joy to his life.  As well, he cherished his church family of the Wallace Church of God, and rarely missed a service.

Fred, and his easy-going demeanor, will be greatly missed by family and friends

Funeral services for Fred will be held on Thursday, September 15, 2022, 11:00 AM at the Wallace Church of God, Wallace, ID. Interment will be at Greenwood Cemetery, Kellogg, ID. Friends and family may gather at the church an hour before the funeral service for a time of visitation.

Memories of Fred and messages of condolence may be shared online at www.shoshonefuneralservice.com. Shoshone Funeral Services, Kellogg, is assisting the Harris family with arrangements.

To send flowers to the family or plant a tree in memory of Fredrick C. Harris, please visit our floral store.

A Memorial Tree was planted for Fredrick