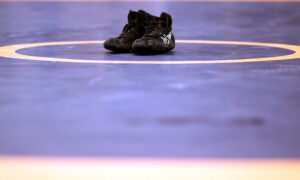 JD Thornton Scribner beloved husband, father, uncle, brother and friend, passed away on October 5, 2021, in Coeur d’ Alene, Idaho.  JD was born October 12, 1976, in Spokane, Washington to Denzil and Shirley Scribner joining what would be his lifelong friend and sister Tara.  At the age of four, the family moved from Spokane to St. Regis, Montana where they spread their roots

As a kid, JD’s love for the outdoors developed.  His days were spent hiking, riding horses, motorcycles, snowmobiles, and hunting with friends.  Alongside his dad, his love for hound hunting became his lifelong passion.   Sports were also a big part of his life. Early on, he spent his time playing baseball and wrestling. During his high school years, JD was an integral part of both the Superior Bobcats football and wrestling teams.  As a wrestler, he was a member of the 1994 Montana State B/C championship team and in 1995 he was the 171 pound Montana B/C State Champion and football’s most improved player of the year.

JD graduated high school in 1995 and went on to attend North Idaho College in Coeur d’ Alene with his good friend Jade.  He graduated in 1998 with a degree in Criminal Justice.  During the summers, JD worked for Alpine Construction where he chose to work full time until 2005. In 2006, with the foresight to be the best husband and father he could be, he chose to work closer to home signing on with Panhandle Pipe.  In 2007, he joined his work family at Avista Utilities.

In 2000, two major life events happened for JD; he met the love of his life Jody Olson, and they purchased their property near Cataldo, Idaho because of his love for bear hunting.  In August 2003, JD and Jody had an incredible wedding on his parent’s property in St. Regis surrounded by family and friends.  In 2007, they finished their dream home with the help of both sets of parents and too many friends to list.

In December 2007 came the first of his two proudest achievements, Chase Aaron Scribner entered the world.  Chase was his hunting partner, his best friend, and son.  JD was his coach, greatest fan, but most of all his Hero. In June of 2012 the family was completed with the addition of Kinlee Ann Scribner, JD’s “sissy” and Daddy’s little girl.  Kinlee was the apple of his eye and kept him on his toes.  JD was her protector, snuggle buddy, and her King.

In 2020, JD and Jody along with the Trecker, Hurd, Kraack, and Knight families purchased St. Joe River property for their kids and future grandkids to enjoy.  This property, rightfully named “Bear Camp” was JD’s pride and joy, this is where he wanted kids to gather, laugh and carry out adventures.

JD never denied anyone anything, especially if it was an opportunity to go hunting.  He would always create an empty seat and provide for some, the memory of a lifetime.  JD will always be remembered for his quick wit, sarcasm, and ability to tease everyone.  He was also known to turn anyone’s bad day around with his contagious smile and great sense of humor. But most of all he will be remembered for how he loved his family and friends.

JD is survived by his wife Jody, son Chase, daughter Kinlee; sister Tara (Jason) of Kalispell, nephews Brendan and William, niece Rylee; In-Laws Alan and Miriam Olson of Kingston and too many close friends to list.  JD is preceded in death by his parents Shirley Ann Scribner and Denzil Lee Scribner of St. Regis.

A memorial service is planned for Saturday, October 16th, 2021, at 3 pm.  West Shoshone Park, North Division Street, Pinehurst, Idaho.  Food will be provided. In commemoration, please wear your favorite hooded sweatshirt and baseball hat.  A memorial fund has been set up for JD’s children at Wells Fargo in Kellogg along with a GoFundMe: https://gofund.me/6b57515f

To send flowers to the family or plant a tree in memory of JD Thornton Scribner, please visit our floral store.