Read more about the life story of Michael "Mike" and share your memory.

Michael “Mike” Sonny Taylor, 87, of Osburn, Idaho, passed away November 18, 2022 at the Mountain Valley of Cascadia of Kellogg.  He was born December 11, 1934 in Ellensburg, Washington; Mike was the son of Alman and Rose (Smith) Taylor.

Mike attended and graduated from the Ellensburg High School of Ellensburg, Washington in 1950.  While attending school, he served as a meat cutting apprentice at Valley Locker Market in Ellensburg.

Mike was united in marriage to Leona E. McNutt on April 8, 1968 in Ellensburg.

Mike started working as a farmer in Kittitas, Washington; he then entered the U.S. Army serving during the Korean Conflict.  After serving our country, Mike was a dishwasher for a restaurant in Seattle; he then went to work for the Milwaukee Sausage Company of Seattle and then the Boeing Company as a mechanic.  Mike worked also for the Pacific Car & Foundry of Seattle.  He moved to the Silver Valley in 1971 and served as a meat department supervisor at Barney’s Grocery store of Pinehurst.

Funeral Services will be held on Tuesday, November 29, 2022, at 11:00 A.M. at the Kellogg Funeral Chapel with Pastor Art Fleming officiating.  Interment will be held at the Osburn Day Cemetery of Osburn.

You may share your special memories of Mike at www.shoshonefuneralservice.com

To send flowers to the family or plant a tree in memory of Michael "Mike" Sonny Taylor, please visit our floral store. 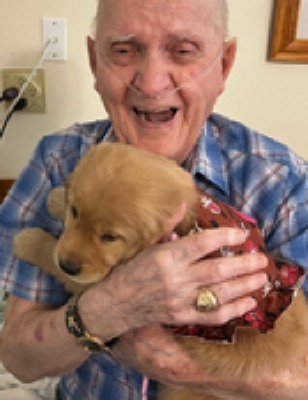