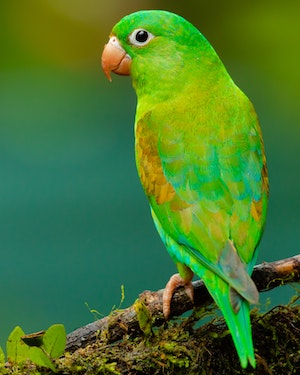 Pops passed away peacefully at his home in Smelterville, ID after a long, hard fought battle with bladder cancer on Saturday afternoon, June 11, 2022. Ray was born in Red Lodge, MT on December 29, 1939 to Wayno and Lillian Pouttu.

They left the family farm near Roberts, MT during the depression so his dad could go to work for Bunker Hill. Ray grew up in Smelterville raising hell and graduating 8th grade at Silver King. He then went two years at the old Kellogg High School near Wardner and finished high school at the new Jacob’s Gulch facility in the second class graduating there in 1958. Ray excelled in football, basketball, girls, and playing his clarinet and because he couldn’t read the notes, he played only by ear. Ray was close to enrolling in the Navy and playing in their band when he chose to raise a family.

Ray was a plumber on the old clinic in Kellogg, then worked for the county before starting a 39 year career for the Sunshine Mining Company. During strikes and layoffs, Ray partied, worked for the railroad up Avery, on the green chain for Linfor Lumber, and was a bartender at the Kopper Keg. After retiring from the Sunshine Mill, without ever dumping a shift in 39 years, Ray went over to the Galena/Coeur Mills for 6 years to complete his career at 63.

Pops’ life was spent partying with friends (until at age 55 he quit cold turkey), manning picket lines and chasing scabs who tried to steal his job at Sunshine. Watching sports from near and afar was huge for Pops, especially when it involved his children, stepchildren, granddaughters, step-granddaughters, and his grandchildren. He enjoyed playing bocce, helping Tom Gasperi make Dago Red wine, boating at Black Lake with Paul Gasperi and Billy Coker, coaching softball with the Kopper Keg team, being in the Knights of Columbus when he went to church, seeing friends while walking at Walmart, camping and fishing over at Fish Creek, helping Laura and Alvin with their daycare, and traveling the US with Laura.

On Monday, June 20, a mass will be held at St. Rita’s Catholic Church in Kellogg, ID at 5:30 PM followed by a dinner at the parish hall. Private graveside services will be held on Tuesday, June 21, at Greenwood Cemetery in Kellogg at 2:00 PM. The Pouttu family would then like to invite Pops’ friends to a “Party for Pops” at the Wheel Bar in Smelterville on Friday, June 24, from 5:00 PM until close.

In lieu of flowers, please support the Kellogg High School Wildcat’s golf teams, and all their sports programs, never scab on a miner’s job, and above all, buy your friends a beer!

To send flowers to the family or plant a tree in memory of Raymond Wayno Pouttu, please visit our floral store.

A Memorial Tree was planted for Raymond