Read more about the life story of Robert "Bob" and share your memory.

Bob has lived in the Silver Valley all of his life.  He attended and graduated from the Wallace High School in the Class of 1958.

Bob proudly served in the U.S. Army and was called upon during the Cuban Missile Crisis.

Bob was united in marriage to Karan Kinsey on September 22, 1961, at the Methodist Church of Wallace.

Bob had served as a miner and a mine mechanic for the Star Mine and other mines of the Hecla Mining Company.

Bob loved and enjoyed his family, fishing, camping, tinkering in his shop and gardening.  He also had a great love for dogs.

A Celebration of Bob’s Life will be held in the Spring.

The family suggests that memorials may be made to the Shoshone Pet Rescue, P.O. Box 884 Kellogg, Idaho 83837.

You may share your special memories of Bob with his family at www.shoshonefuneralservice.com

To send flowers to the family or plant a tree in memory of Robert "Bob" Charles Lees, please visit our floral store. 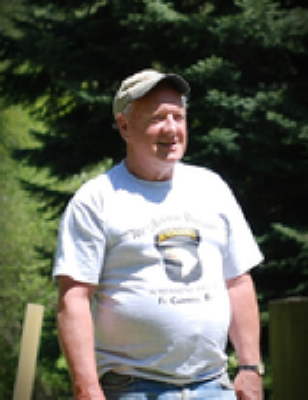 You can still show your support by sending flowers directly to the family, or by planting a memorial tree in the memory of Robert "Bob" Charles Lees